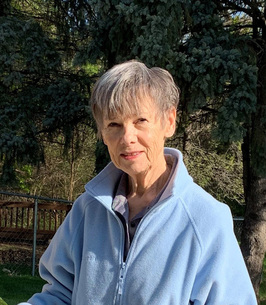 Ramona “Mona” Bye, 79, of Vermillion, SD passed away Wednesday, July 21, 2021 at her residence.
Ramona Ruelle was born October 5, 1941 in Vermillion, to Robert and Madge (Kuzee) Ruelle. She was raised and attended school in Vermillion, after graduation, she was united in marriage to Douglas Gene Bye on September 17, 1960. Mona and Doug lived on the farm and had four children. They moved to town in October of 2004.
Throughout her life, she had a love for the many animals on the farm, including horses, Geese, a pet pig and of course the many dogs that she adored.
Besides raising her children, Mona took care of the bookwork for the farm. When her children were older, she worked at the Vermillion Public Library and volunteered there in her later years. She was passionate about golf, an avid reader, and enjoyed walking her dogs in the neighborhood once they moved into town. She was involved with PEO, an active member of the Bergen Lutheran Church, and enjoyed getting together with her many wonderful friends.
She was preceded in death by her parents, a younger son Brett and an older brother Robert.
Mona is survived by her husband Doug, three children; daughter Kirste (Todd) Schindler of Oacoma, SD and two children: Colin and Kelsey, son Brook (Shelly) Bye of Vermillion and five children: Brittany, Jenny, Lizzy, Emily and Brett, and grandchildren: Sloan and Brynlee, daughter Kelly Barbier of Rapid City, SD, and children: Rollie, Regann and Braden. She is also survived by a sister Barbara Jensen of Beloit, WI, and a brother Dick (Jan) Ruelle of Mesa, AZ.
Memorial services will be 10:00 AM Tuesday, July 27 at the Bergen Lutheran Church in Meckling with burial of ashes following the service at the Meckling Cemetery. Visitation will be one hour prior to the service at the church. In lieu of flowers, the family askes that donations go to the Bergen Lutheran Church or the Siouxland Humane Society.
To send flowers to the family in memory of Ramona "Mona" Bye (Ruelle), please visit our flower store.