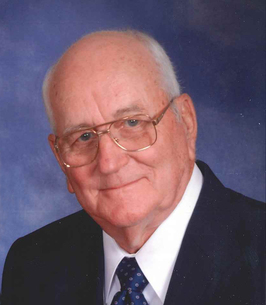 Richard Wayne Kellogg, 89, of Vermillion SD passed away at the Sanford Vermillion Care Center on May 26, 2022. A memorial service will be held at the Trinity Lutheran Chruch in Vermillion on Tuesday, May 31, 2022, at 2:00PM

Richard Wayne Kellogg, son of Lydia (Schmidt) and Wayne Albert Kellogg, was born in Corson County on December 3, 1932. He grew up on a cattle ranch near Timber Lake. He served his country in the US Army Combat Engineers stationed in Korea. He married Ramona Mehlhoff of Leola on August 25, 1956, at St. Paul Lutheran Church in Aberdeen SD. Richard received a master’s degree in educational administration from Northern State University of Aberdeen. He taught School and served as a school administrator for 14 years. Richard and Romona purchased a gift and sundries store in Selby SD in 1971, operating it for 13 years. Richard worked at the Selby post office for 19 years (Nine years as Postmaster) retiring in 1992. Since 1996, He and Ramona have spent winters in Sun City, AZ. Richard enjoyed the many summer vacations taken with his family and enjoys family get-togethers with his children and grandchildren.
Richard and Ramona moved to Vermillion in 2005; Being closer to the grandchildren and their activities was very important to him. He entered Sanford Vermillion Care Center in 2017 and passed peacefully there on May 26, 2022.

Preceding him in death were his parents, Wayne, and Lydia, two sisters, Marilyn Brockel and Darlene Baldwin.

Condolences May be sent to
14 South Norbeck St.
Vermillion, SD 57069
To send flowers to the family in memory of Richard Wayne Kellogg, please visit our flower store.