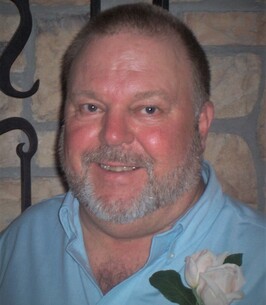 David Ray Nielsen of Sioux Falls formerly of Viborg, SD passed away Tuesday July 13, 2021 at Avera Mckennan Hospital In Sioux Falls surrounded by his loved ones. A memorial Service will be held 10:00AM Monday July 26, 2021 at Spring Valley Lutheran Church. Visitation will be from 5:00-7:00PM Sunday July 25, 2021 at the Hansen Funeral Home, Irene.

David Ray Nielsen was born to Ray and Ardell (Fokken) Nielsen on September 23rd ,1950 at McKennan
hospital in Sioux Falls, SD. David was the oldest of 8 children. He was raised 9 miles outside of Viborg,
SD on the family farm. He peacefully took his last breath on July 13th ,2021 at the age of 70.
David was baptized as an infant and later confirmed at Spring Valley Lutheran Church where he was still
a member.
David graduated from Viborg high school in 1968. He later graduated from Southeast Tech with a
degree in refrigeration. David was honorably discharged from the air force in his 20’s due to medical
reasons. He was self-employed for 35+ years where he enjoyed his career and made many new friends.
David’s entrepreneurial spirit led him down other paths of earning income, from buying and selling cars
to selling Moorman’s feed. David was also a mason for 30 years.
David proposed to Rhonda (Hofer) the first night they met. Rhonda’s hesitation, along with David’s
persistence resulted in a marriage two years later on June 1st ,1973. They began their life together living
in Turkey Ridge. While living there, they welcomed their first child Anton David into the family in 1976.
Shortly after this, not wanting to live far from mom and dad, David and Rhonda built their home down
the hill from Ray and Ardell. In 1980 the family was completed with the birth of Angela Marie. This is
where they raised their children and watched their grandchildren grow until December 2019. For a few
years, Jenny and Rachael became a part of our family. David absolutely loved his time together with
these two girls and treated them as if they were his own. Anyone that knew David, knew he had a great
sense of humor. David could make anyone laugh, whether it was impersonating Donald Duck or Willy
the cop. This memory of him will make us all smile.
Due to declining health, David and Rhonda moved next door to their daughter in Sioux Falls, SD
December 2019. During this time, David reunited with his guitar as playing and singing were one of his
biggest passions.
Grateful for having shared David’s life are his wife, Rhonda; children: Anton, Freeman, SD and Angela
(Joe) Pascoe, Sioux Falls, SD; grandchildren: Mackenzie Nielsen, Taylor Nielsen, Caleb Nielsen, Shaye
Nielsen, Gabriella Nielsen, Quniton Nielsen, Keegan Nielsen, Isaiah Pascoe, Sophia Pascoe, and Fiona
Pascoe; siblings: Adell Gaertner, Lori (Don) Hogrefe, Stacey Nielsen, Scott (Elisa) Nielsen, Jay (Dawn)
Nielsen, Roxi Smidt, Shawn (Tamie) Nielsen; sisters-in-law: Letha Glanzer and Boni Hofer; and many
nieces and nephews.
David was welcomed in heaven by his mother Ardell; parents-in-law Amos and Rebecca Hofer; brother-
in-law: Don Glanzer along with some of his best friends.

To send flowers to the family in memory of David Ray Nielsen, please visit our flower store.