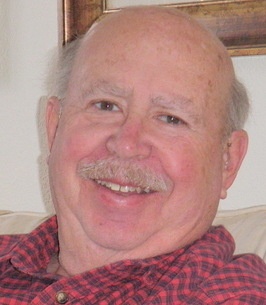 Phillip Harold Sommerfeld (III) died Tuesday, April 21, 2020 at the age of 81 at Bethesda of Beresford, Beresford, South Dakota with his wife of 59 years, Karen by his side.

Phil was born on the 4th of July, 1938 in St. Paul, MN. He was the first child to Phillip Harold (II) and Florence Josephine (Freeman) Sommerfeld. As a toddler, he earned the nickname, “Busy Buzzy” which later was shortened to, “Buz” a moniker used affectionately of him by his family for the rest of his life.

Phil graduated high school in Atlantic, IA in 1956 and from Iowa State University with a degree in Wood Technology in the Fall of 1960. Upon graduation he married his long-time sweetheart, Karen Kay Tuttle at Our Savior’s Lutheran Church in Sioux Falls, South Dakota on January 3, 1961. They had two children, Jan and Jeff.

In the Fall of 1961, he began his service in the US Army and was a Second Lieutenant artillery officer stationed at Ft. Sill in Lawton, OK. He was discharged from the Army in 1963 after nearly being deployed during the Cuban Crisis.

Phil worked as a very successful salesman of building materials in his early career and stayed in that industry until he retired from Window Technologies a custom wood window manufacturer in Lincoln, NE as the Vice President of Sales in 2001.

In retirement, he enjoyed maintaining his acreage in Roca, Nebraska and fishing in his pond. He also was a member of the Isaac Walton League where he was very active.

Phil is survived by his wife, Karen, daughter Jan (John) Painter, grand-daughter Kathryn Painter and grandson, Robert Painter. He was preceded in death by his son, Jeffrey Hayes Sommerfeld and by his brother, Robert Sommerfeld.

Phil was interred in Bethania Cemetery, Viborg, South Dakota on Thursday, April 23, 2020.
To send flowers to the family in memory of Phil, please visit our flower store.