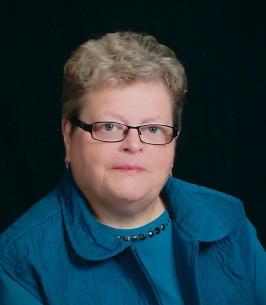 Yvonne was born July 16, 1948 in Scotland, SD to Ruben and Lorene (Gerjets) Eilmes. She attended Odessa 24 Country School and later graduated from Scotland High School in 1966. She was confirmed at Bethany Reformed Church of Scotland on April 16, 1961. She graduated from Southern State College, Springfield, SD in 1969 with a bachelor’s degree in Education. Later education followed as she received her Master of Arts Degree from USD in 1988. Yvonne was a member of Turkey Valley Baptist Church, rural Irene, until it’s dissolution in 2009. She most recently was a member of Riverview Reformed Church of Yankton.

Yvonne married Darrell L. Swensen on June 24, 1972 at the United Church of Christ in Scotland. Together they had three children, Mark, Kari, and Marty. She taught kindergarten in Viborg, SD and later Special Education in Irene, SD from 1985 to 2007. She then continued with the Irene-Wakonda School as an Aide until her retirement in 2014. Much of her extra time was spent helping out with all of her grandchildren, as well as attending most football, baseball, basketball, softball, volleyball, and soccer games, whichever the season presented. She absolutely loved spending such precious time with all of her grandkids. Yvonne enjoyed much time spent with friends at gatherings of the Red Hat Valley Dolls Red Hats group. She was also involved with the local book Club and loved reading every day. Much of her time was also spent helping on the farm, even if it was just a parts run.

She was preceded in death by her husband Darrell, infant daughter Nicole Annette, parents, Ruben and Lorene Eilmes, sister Joyce Schnabel and brother and sister-0n-laws Dale and Charlotte Swensen and Kenneth and Frances Mellem.
The service will be live streamed at www.facebook.com/hansenfuneral
To send flowers to the family in memory of Yvonne K. Swensen (Eilmes), please visit our flower store.

*Masks will be required.

The service will be live streamed at www.facebook.com/hansenfuneral *Masks will be required.