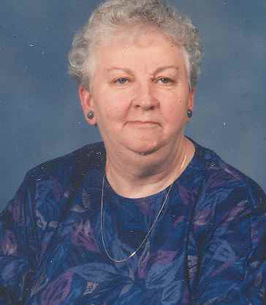 Alberta Lavonne Anglin, 89, died November 23, 2020 at Sanford Medical Center in Sioux Falls, SD.
Alberta was born September 4, 1931 in Vermillion, SD to Albert and Helen (Oliphant) Hurlbutt. Alberta was named after her father.
She graduated from Dakota City High School in 1949, she then attended and graduated from Nettleton Business College in Sioux City, IA.
She married Melvin Anglin on September 13,1951 in Dakota City, NE. They moved to Sheppards Air Force Base in Wichita Falls Texas, where they lived until Melvin's enlistment was completed. They returned to Vermillion, SD to make home and raise their family.
Alberta held varies jobs throughout her years the but the one she enjoyed the most was working at Sanford Care Center, formally known as Southeastern Dakota Nursing Home, as a CNA, she was also employee of the month. She always said she enjoyed taking care of the residents and it gave her a good feeling knowing that she was able to help others that were unable to help themselves. Alberta was a resident at the Sanford Care Center in Vermillion for 13 years. She loved all the staff and nurses that look care of her throughout years.
In her free time Alberta enjoyed baking, playing card and board games, doing word searches, camping by the Missouri River in her younger years and spending time with her grandchildren and great-grandchildren.
Alberta is survived by her husband Melvin, her children Gary (Joanne) of Vermillion, Pat of Vermillion, Tim (Becca) of Yankton, David (Julie) of Vermillion and Kelly (Karen) of Grand Junction CO, 10 grandchildren, 16 great- grandchildren and 1 great-great- grandchild.
She was proceeded in death by her parents Helen and Albert, her sisters Ceoyne and Virginia and her son Randy.
A private family service will be held November 28 at Hansen Funeral Home. HansenFuneralHome.com.
The family would like to thank all of the staff at Sanford Care Center for the wonderful care and love she has received throughout the years.
To send flowers to the family in memory of Alberta Anglin (Hurlbutt), please visit our flower store.