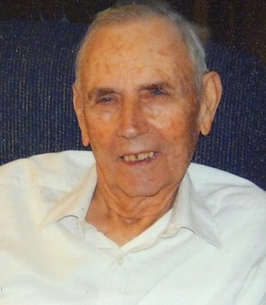 George Baity, Jr., formerly of Vermillion, died peacefully November 13, 2020, in Aurora-Brule Care & Rehab, White Lake, SD, at the age of 96.
George was born in 1924 in the Morris, MN area, the son of George & Mabel (Hoag) Baity. When he was 5 years old, he and his family moved to South Dakota where he attended rural schools in Lodi, Danefield, and Vermillion District No. 1.
George served with the U.S. Air Force in England during WWII. After the war, he married Helen (Hubert) in 1947, made their home in Vermillion, and enjoyed 73 years of marriage. For most of his career he was a mechanic and shop manager at Meisenholder Motors, worked at Dayhoff Cleaver Chevrolet, and Rasmussen Motors. George and Helen also owned rental homes and apartments.
He was a loving husband and the best father a son could ever have.
George was preceded in death by parents, George Sr. and Mabel Baity; sisters, Gladys Welby and Sarah Jane Alver.
He is survived by his loving wife, Helen, son Dale and his wife Patty of Rapid City, SD, other relatives, nephew, and nieces.
The family would like to thank Aurora-Brule staff for their care and dedication.
A private graveside burial will be held at a later date.
To send flowers to the family in memory of George Baity, please visit our flower store.