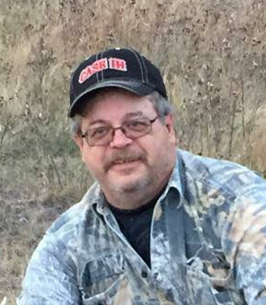 Philip was born in Gregory, SD on September 21st, 1965 to Warren and Carol Broderson. He was baptized and confirmed at Vangen Lutheran Church. Phil spent most of his childhood growing up on their family farm near Volin, SD. He attended school at Gayville-Volin Public Schools. He later worked for various companies driving truck.

In 1992, he married Kristi Peterson in Spring Valley. He started farming with Merlin Peterson in 1995 and went onto farm for the Peterson’s for 28 years. While farming, he also worked for Poet for 17 years. In 2005, Kristi and Phil were blessed with their son Clay. Although his son Clay was his number one love, he enjoyed many hobbies including hunting with friends and family, collecting firearms, and toy tractors. Phil was known by some as “Buffalo” Phil as he raised buffalo for some time. Phil was well loved by his family and friends for his down to earth, thoughtful nature, and wiliness to help. He spent his last days doing what he loved, spending time outdoors helping a long-time friend.

All are welcome to attend the graveside service scheduled fat 10:30 am. Please follow social distancing guidelines.