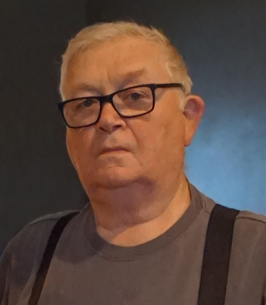 Wilber E. Brown, 73, of Burbank, SD passed away peacefully at his home on Friday, September 4, 2020.
Wilber was born December 24, 1946 in Vermillion, SD to Wilber and Alice (Delaney) Brown. He was raised in Vermillion, SD and graduated from Vermillion High School. After High School he entered the US Navy serving in Vietnam for four years. After coming home from Vietnam he was blessed with three children. He worked at Terminal Grain/Cargill in rural Vermillion for many years until he moved to Kentucky to be closer to his family. While living in Kentucky he worked as a Telephone Technician for CFL Payphones for ten years before retiring. After retiring, he moved back to Vermillion, where he spent countless hours with his grandkids who were his pride and joy. He loved playing cards with family and friends, fishing and spending time on the water. Wilber was an incredible dad, grandpa and brother. He didn’t usually say much, but if he did you better pay attention.
He was preceded in death by his father, Wilber Brown, mother, Alice Brown, brother Bruce Brown, sisters Donnarae Sterret and Linda Hughes.
He is survived by two sisters; Connie (Albert) Solomon and Lori Brown, a brother Ronnie (Deanna) Brown, also his children; Bobbi (Paul Fisher) Brown of Harrisburg, SD, Brent (Windee Bouck) Brown of Mountain Lake, MN, Barry (Heidi) Brown of Tea, SD, and his grandchildren; Tyler, Bradley, Kaleb, Jessy, Maria, Morgan, Kyla, Carter, Johanna, Claire, Camille.
Memorial services will be held at a later date.
To send flowers to the family in memory of Wilber Brown, please visit our flower store.