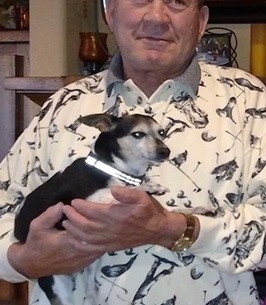 Douglas Gene Bye, 80, of Vermillion, SD, passed away Tuesday, February 8 at the Sanford Vermillion Hospital.
Douglas Gene Bye was born on September 4, 1941, in Vermillion, SD, to Hazen and Marie (Roozen) Bye. He was raised on the family farm and graduated from Meckling High School, where he excelled in sports. On September 17, 1960, he was united in marriage to Ramona Ruelle. They had four children and remained on the farm until they moved to town in October of 2004.
Besides farming, Doug did mechanical work in his shop and was very handy as a carpenter. He enjoyed hunting, fishing, softball, boating, water skiing, and golfing. He was a member of the Bergen Lutheran Church.
Doug passed away on February 8, 2022. Preceding him in death were his parents, his wife, Ramona, his youngest son, Brett, a sister, Roberta, and a brother, Gary.
He is survived by his three children; Kirste (Todd) Schindler of Oacoma, SD and grandchildren, Colin and Kelsey; Brook (Shelly) Bye of Vermillion and grandchildren, Brittany, Jenny, Lizzy, Emily, and Brett, great grandchildren, Sloan, Brynlee, and Rya; and Kelly Barbier of Rapid City, SD, and grandchildren, Rollie, Regann, and Braden.
Visitation will be on Wednesday February 16, from 5 to 7 p.m. at the Hansen Funeral Home in Vermillion, there will not be a funeral service.
To send flowers to the family in memory of Doug Bye, please visit our flower store.