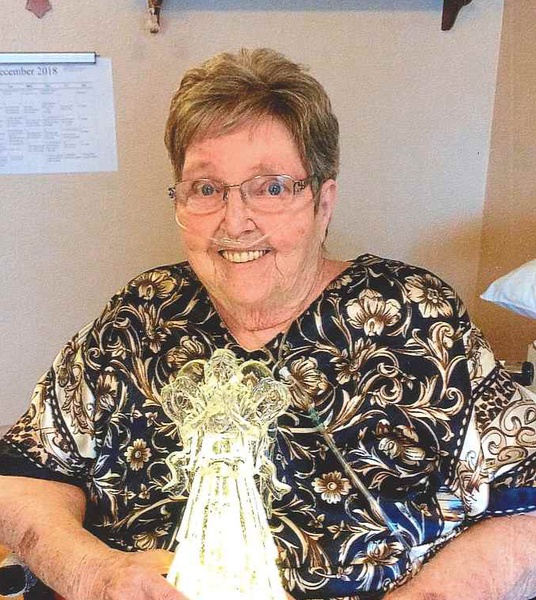 Doris Joann Brown, 86, passed away at the Sanford Vermillion Care Center, on July 8, 2022. A Memorial Service will be held at Hansen Funeral Home- Vermillion, July 12, 2022, at 10:30 AM. A committal service will follow at Bluffview Cemetery immediately following the service.

Doris was born in Volin, SD August 17, 1935. She was the second of five children born to Millard and Irene (Hardy) Thompson. She has 3 sisters, Mary Boomgaarden, Sharon Anderson, and Nancy Mincks as well as one brother, Millard (Sonny) Thompson Jr. all of Vermillion. She went to school in Vermillion, graduating in 1953.

Doris married Curtis Brown and had seven children: Christine, Claudia, Carrie, Cindy, Bill, Vicki, and Chad. She enjoyed being a stay-at-home mother, sewing many matching dresses for all her girls. Being a stay-at-home mom ended in 1966 when Curtis was killed in an automobile accident. She had a variety of jobs over the years, including many years waitressing at Burke Hotel, West Side Café, Chimes Café, all in Vermillion, she also waitress and bartended at Louise’s Bar in Volin, SD. Doris was a cook for many years at Dakota Nursing Home (now Sanford Vermillion Care Center) and worked for Dean Pack in Vermillion.  In 1979 she married Ken Orr and gained three stepdaughters, Debb, Cathy, and Eva.

Doris and Ken loved to go Buggin’ (road tripping in the Volkswagen) and playing cards. They were married for over 30 years. Doris also enjoyed putting puzzles together, word finds, dancing and socializing. She had spent many hours, days, and weeks embroidering special dish towel sets for all the kids and grandkids.

To send flowers to the family in memory of Doris Joann Brown, please visit our flower store.