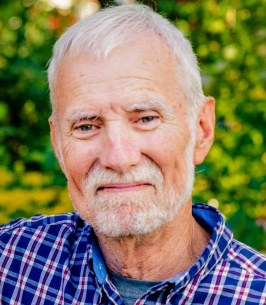 On Tuesday, May 17, 2022, Edward Patrick Flanigan passed away in Vermillion, SD. He was born to Edward and Mildred Flanigan on October 20, 1945, in Aurora, IL. As a child, his family moved to South Bend, IN. After high school, Ed enlisted in the Air Force and was stationed at Whiteman Air Force base in Missouri. Ed attended college at his beloved Indiana University upon leaving the Air Force. He received a Bachelor of Science in Education in Physics and later a degree in Computer Science.

He married Patricia Flanigan (McGowan) and together they had two children. They built a loving home, surrounded by lots of laughter, constant construction and tinkering, and extended family. Family was so important to Ed. He loved his parents, siblings, and extended family and would spend time with them whenever the opportunity presented itself.

Ed spent the bulk of his adult life working in computer science. His work for Gateway eventually moved the family to South Dakota. There, Ed ended a distinguished career with two patents. During his time in South Dakota, he also developed a love for biking. While physical activity was always important to him, biking became a regular retirement activity. He also dedicated time to volunteering in his local community.

Ed is survived by his loving wife, Patricia. He was the proud dad of Catherine (Scott) and Sean (Cara) and adoring grandpa of Savannah, Grady, Nora, and Benjamin. He also leaves behind his siblings, Michael, Barry, Maureen, Mary, and their children and grandchildren, who meant the world to him.

In lieu of flowers, please consider a donation to the Alzheimer's Association at https://act.alz.org/ or the United Way of Vermillion at https://unitedwayofvermillion.org/.

To send flowers to the family in memory of Edward Flanigan, please visit our flower store.