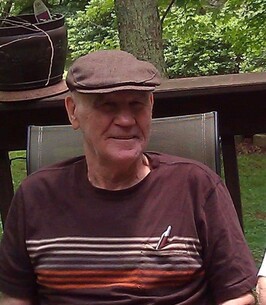 Fredrick “Fred” M. Gilbertson, 89 of Irene, SD passed away April 19, 2020 at Sunset Manor Nursing Home in Irene.
Fred was born May 8, 1930 in Flandreau, SD to Albert and Hattie (Powers) Gilbertson. He grew up on the family homestead. After graduation, he moved out west where he resided in Wenatchee, WA and worked in the apple orchards. Fred later moved to California where he worked as a painter until his retirement. Fred then moved back to the mid-west and spent the last four years of his life with his family.
Fred enjoyed betting on the horses and loved telling how he won the Triecta. Fred also enjoyed sharing his memories of when he was a boxer and that he fought “Wally Bud Smith” who later became the lightweight champion of the world.
He was preceded in death by his wife Florence Grace Gilbertson ‘DeBates’, their grandson Andrew Brady, and longtime companion Ann.
Fred was a wonderful father and grandfather, he is survived by a daughter Tanya Brady of Sioux Falls, SD, grandchildren; Jennifer (Todd) Krantz of Flandreau, SD and their 4 children; O’Shae and his daughter Emaleigha, Alexis, Elizabeth and Michael, Samantha (Daniel) Alleckson of Pipestone, MN and their 5 children; Dyonyca, Nevaeh, Xavier, Aurora and Daniella, Abby (Mike) Visker of Madison Lake, MN and their 2 children Mason and Aubrey.
Due to the COVID-19 pandemic, Celebration of Life services will be scheduled at a later date. Condolences may be expressed at 609 N. Pelican Pl. Sioux Falls, SD 57107
To send flowers to the family in memory of Fredrick M. "Fred" Gilbertson, please visit our flower store.