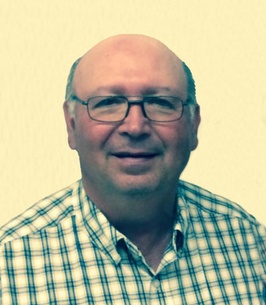 Marvin A. Girard, son of Francis & Evelyn (Lambert) Girard, was born December 16, 1951 in Vermillion, SD and passed away at his home on June 5th, 2019 at the age of 67.
Marvin grew up in Westreville, SD where his parents ran a country store for several years. He attended Westreville Country School until the 8th grade and then finished his high school days in Wakonda; graduating in 1970. Marvin always stated that he had been working since the 8th grade when he joined the shelling crew for a local farmer and then a few years later started a crew with his brothers, Leonard & Roger. After high school he enlisted in the Army National Guard for several years doing his basic training in San Antonio, TX. When he came home from the Army, he turned his efforts back to the family and went into full-time farming with his brothers in the Wakonda/Vermillion area. On May 24th, 1975; Marvin married the love of his life; Patricia Kizer of Wakonda. The couple bought a farm just a few miles from where he grew up and from this unity came three children; Carmen, Kenneth & Michael.
Marvin was well known throughout not only the Wakonda area, but the entire MidWest. He started his auction career in 1970 after attending Reisch Auction School in Mason City, IA. He was given his start by working with several local area auctioneers, but eventually going into a full-time partnership with Les Goeman of Lennox, SD and later on Jeff Goeman. Marvin operated Girard Auction & Machinery Sales with his wife Pat by his side for over 30 years. In 1987 he retired from farming and went full time in the auction business. The family eventually turned the company into Girard Auction & Land Brokers, Inc. when he was joined in business by his two sons, Ken & Mike. Marvin loved the auction profession and made it his life’s work for 49 years. He was very proud of the fact that he had conducted over 7,000 auctions in his lifetime. In 2011, he was inducted into the South Dakota Auctioneers Hall of Fame
Marvin was an avid fisherman and loved the outdoors. He spent several weeks of his life on the waters in Northern Minnesota with most of the Girard Family, year after year. Marv & Pat also enjoyed spending nights at their year-round cabin on the Missouri River near Springfield, SD. Marvin’s other passion was spending time watching all his kids grow up watching countless basketball, football, baseball & softball games throughout the years; traveling all over the country watching Carmen throughout her career. In more recent years, Marv & Pat spent as much time as they could with any of their 9 grandchildren watching sporting events, fishing or having snacks in his office at the end of the day.
Marvin is survived and will be greatly missed by his wife of 44 years, Patricia Girard of Wakonda; three children: Carmen (Scott) Giles of Brandon, SD and their children Brady, Easton & Paisley; Kenneth (Sarah Vaith) Girard of Wakonda, SD and their children Ben, Natalie & Brooke; Michael (Kasandra Dillon) Girard of Irene, SD and their children Micah, Walker & Grace; one Brother, Leonard (Pat) Girard of Vermillion and numerous nephews, nieces, cousins and countless friends.
Marvin was preceded in death by his parents; brother Roger Girard & brother Dennis Girard & an infant granddaughter Peyton.
To send flowers to the family in memory of Marvin A. "Marv" Girard, please visit our flower store.

Rosary and scripture services will begin at 7:00pm.