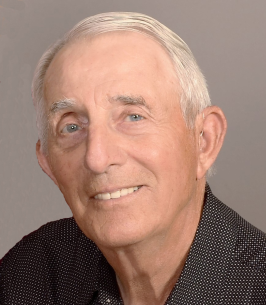 Richard F. “Dick” Gregoire, 78, of Wakonda, SD passed away peacefully on September 17, 2021 at the Centerville Care and Rehab Center in Centerville, SD.

Dick was born November 14, 1942 in Vermillion, SD to Raoul and Blanche (Seney) Gregoire. He attended Lodi Country School and Wakonda High School. Dick enlisted in the Army National Guard in 1964 and was honorably discharged in 1970. He was united in marriage to Louise Solomon on October 26, 1966 in Vermillion, SD. Dick spent the majority of his life farming with his brother and best friend, Hubert until his passing in 2011. Where you saw one, you saw the other. Dick enjoyed raising Holsteins calves, riding his horses Paint and Doc, restoring old John Deere tractors but most of all he enjoyed sharing his love of farming with his grandsons Michael, Maycn and Tyler, and spending time with his family and sharing a cup of coffee with his friends and neighbors.

Dick was a member of the St. Patrick’s Catholic Church, the Knights of Columbus and The Wakonda American Legion.

Dick was preceded in death by his parents, his brother Hubert, his brother-in laws Robert, Thomas and Gene Solomon, and a nephew Clinton.

The family would like to thank the Centerville Care and Rehab Center for their outstanding care and love they gave Richard during his short stay and to Aseracare for their wonderful care and guidance.

Funeral Mass will be 2:00 PM Friday, September 24 at the St. Patrick’s Catholic Church in Wakonda with burial at a later date. Visitation will begin at 5:00 PM Thursday, September 23, with a prayer service at 7:00 all at the church. HansenFuneralHome.com.

In lieu of flowers the family requests donations be made to an organization or charity of your choice in memory of Dick.
To send flowers to the family in memory of Richard "Dick" Gregoire, please visit our flower store.