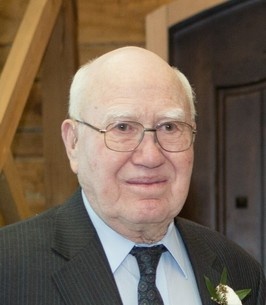 Services will be live streamed on our Facebook page at
www.facebook.com/hansenfuneral

To send flowers to the family in memory of Robert L. Halvorson, please visit our flower store.

**Due to the pandemic, this will be a private family service.

All are welcome to attend the graveside service Saturday, January 9, at 12:15