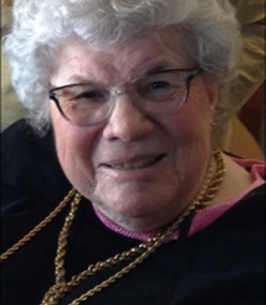 Marlene Frances Hanson, 81, of Sioux Falls, SD, formerly of Gayville, SD passed away on Wednesday, June 24, at Ava’s House in Sioux Falls.
Marlene Olson was born April 18, 1939 in Vermillion, SD to Iver and Frances (Stiegelmeyer) Olson. She married her first husband in 1959, and from that marriage, two daughters were born. She married her second husband in 2000. She retired from AT&T from a long career at the phone company in 1986. She was a current member of Faith Temple Church in Sioux Falls.
She was preceded in death by her parents, a sister Marlys O’Connell and a brother Marlon Olson.
Marlene is survived by her daughters, Jayne (David) Schneider and Jaclyn (Steven) Graber, five grandchildren, and three great grandchildren. She is also survived by one sister, Marilyn (Maynard) Swee.
Due to the current health conditions, private family services will be held.
To send flowers to the family in memory of Marlene Hanson, please visit our flower store.