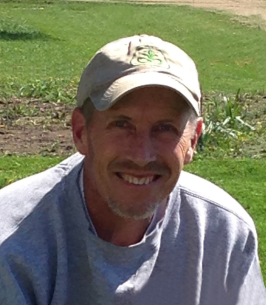 Scott Marvin Hinseth, the son of Marvin (Charlotte) Hinseth and Sheryl (Hans) Zink, was born September 9, 1968 in Viborg, SD. Scott peacefully passed away on February 13th, 2019 at the age of 50, in his home surrounded by family and friends.
Scott graduated from Irene High School in 1986. He went on to graduate from South Dakota State University with a Bachelor’s of Science in Business. Throughout the years Scott spent much of his free time helping local farms around Irene and Brookings. Scott then went on to work many years at Wilson Trailer, in Yankton.
Scott spent much of his time outdoors, farming, working cattle, and spending time in the garden. He had an extraordinary passion for hunting and collecting guns. Scott has traveled numerous miles over the last year with family and friends, experiencing once in a life time hunting experiences in South Dakota and Wyoming, which he always had a story to tell. Scott spent many hours making the best jerky and loved sharing it with friends, his medical staff, and family.
During one of his prairie dog hunting trips, Scott met the love of his life, Cindy. During the six years they spent together, you rarely saw one without the other. They spent numerous weekends out west in White River and Murdo with Cindy’s family and friends. He definitely had a special connection with Cindy’s grandson, Oliver.
Grateful for having shared his life which included his love, Cindy Spiegel; Cindy’s children, Shanee Green (Duane Mednansky), Nikki (Cliff) Bryan and their son Oliver, Taylor Green, along with Scott and Cindy’s dogs, Ellie and Blair; parents, Marvin (Charlotte) Hinseth, Sheryl (Hans) Zink; brothers, Jerald (Tricia) Hinseth, Marty Hinseth, Kevin Hinseth; sisters, Kandie (Greg) Saugstad, Haley Hinseth (Waylon Lunning); nieces and nephews, Bailey, Caitlin, Hunter, Cole, Morgan, and Korie.
Scott was preceded in death by his Grandparents Wayne and A. Lucile Hinseth, James Nielson and Irene Boylan, and cousin John Lane.
Scott was an inspiration to all who knew him. He was a kind, selfless person that was willing to help anyone out in a moment’s notice. He had such a fun spirit and will be greatly missed by many.
To send flowers to the family in memory of Scott Marvin Hinseth, please visit our flower store.