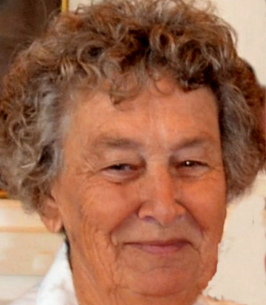 Harriet J. Huether, age 92, passed away Friday. February 4, 2022, at the Sanford Vermillion Medical Center. Visitation for family and friends will be Tuesday, February 8, 2022, at the Hansen Funeral Home, Irene from 5:00-7:00PM. Funeral service will be held Wednesday, February 9, 2022, at 1:30PM at Calvary Lutheran Church of Irene.

Harriet was born in Yankton, SD on January 12, 1930, to Henry and Beulah (Jacobson) Hansen. She grew up in Volin, SD and Graduated from Volin High School in 1948. In 1950 Harriet married Dean Johnson and to this union were born two sons, James, and Robert. Harriet worked for several different businesses in the Volin area but was best known as the “Vice Postmistress” for many years. In 1979 Harriet married Don Huether and her family grew to include Tom, Bill, and Tammy Huether. Harriet and Don lived at Valley View, rural Volin, for over 42 years.

She was preceded in death by her parents, late husband, Dean, and two grandsons, Bryce Huether and Brenton Johnson.

In Lieu of flowers, memorials may be directed to a charity of your choice.

To send flowers to the family in memory of Harriet J Huether, please visit our flower store.