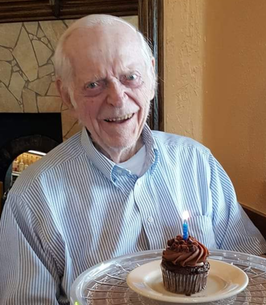 Allen Dale Johnson was born June 18, 1932, to Clarence and Viola (Ola Turner) Johnson in Harmony, Minnesota. He was the fifth of 8 children. Allen attended grade school and high school in Harmony and then served in the United States Air Force during the Korean Conflict, serving his country as a bandsman in Oklahoma and Alaska before his honorable discharge. He attended Winona State College, now Winona State University, graduating in the summer of 1956. He taught high school mathematics and physics in Chatfield, Minnesota, before deciding that while he enjoyed teaching, he didn’t enjoy teaching high school. On November 22, 1956, he and Maxine Czapiewski, also a Winona State graduate, married and when that academic year finished, Allen enrolled in graduate school at the University of Minnesota. He earned his Master of Arts degree and then his Ph.D. and graduated in 1965. The fall prior to the formal commencement when he proudly was hooded with the maroon and gold colors of the U of M, Allen and family, which by now included 3 children, moved to Vermillion, South Dakota, where he had a year-long appointment while the chair was on sabbatical leave. As time will tell, the chair never returned and Allen kept his faculty appointment and rose from assistant professor to full professor and ultimately chair of his department. He taught at USD for 32 years to both undergraduate and graduate level classes. While chair he recruited some of the finest young faculty members ever to teach at the University of South Dakota. Upon his retirement in 1997 he was granted the honorary title of Professor Emeritus.

After retirement, Allen was active in the greater Vermillion community and served as president of the USD Professor Emeritus Club for several years; as a member, board member, and president of the Vermillion Lions Club; as board president for the Main Street Center board of directors for several terms; delivered Meals on Wheels; enjoyed playing tuba in the University band, the Yankton summer band, and the Lennox summer band. He received recognition for his community service by receiving the Woodman of America Award for Volunteerism, the Melvin Jones Award which is the highest honor a member of Lions International can receive; and also, the Vermillion Area Chamber of Commerce Community Service award. He also maintained membership in the daily coffee discussions and Trivial Pursuit sessions with a group of like-minded retirees – when in doubt of what to do, have a cup of coffee and a good visit!

Due to the present pandemic situation, the services and burial will be private and, hopefully, a memorial service can be held before too long. Memorials may be directed to the Department of Biology at USD to the Matthew A. and Allen D. Johnson Scholarship or to the Friends of the W. H. Over Museum.

The family of Allen D. Johnson would like to thank all our friends, family, and neighbors who have walked this life’s journey with us – you have been with us for all the joys and sads that every family needs to experience while on this earth.

To send flowers to the family in memory of Allen Johnson, please visit our flower store.