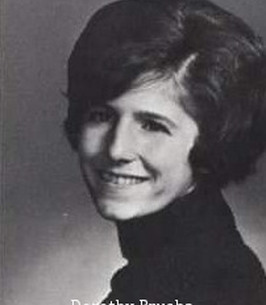 Dorothy “Dodie” Landell, 66, was called home on Saturday July 20, 2019 after a long battle with cancer.
Dorothy was born on July 16, 1953 to James and Florence (Young) Prusha in Vermillion, SD. She grew up in Vermillion and attended Vermillion Public School. She married Wilber Brown on March 1st, 1971 to which they had 3 children.
Dorothy later married David Landell on May 9, 1990 and moved to Bloomfield, NE, where she spent the next 20+ years of her life on their family farm. She spent her life devoted to taking care of her family and friends. The light of her life was to spend time with her children and grandchildren along with her beloved dogs. She later moved to Tea, SD and then to Washington Crossing in Sioux Falls, SD where she truly enjoyed the friendships that she made and resided there until her death.
She is survived by her children: Bobbi Jo (Paul Fisher) Brown of Harrisburg, SD, Brent Brown of Mt Lake, MN, Barry (Heidi) Brown of Tea, SD, grandchildren; Tyler, Jessy, Bradley, Kaleb, Kyla, Carter, Johanna, Claire and Camille. Brothers; Steve (Linda) Prusha, Don (Jenni) Prusha and Richard (Donna) Prusha and many special nieces and nephews, cousins and her former husband Wilber Brown.
She is preceded in death by her parents; husband, David Landell and sister, Patricia Hansen.
To send flowers to the family in memory of Dorothy Landell, please visit our flower store.