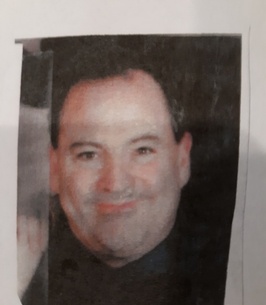 Christopher Michel Mancini passed away peacefully in his sleep on September 10, 2020 in Vermillion South Dakota. Chris was born in Thousand Oaks California in early December of 1962, last child of the Henry and Phyllis Mancini Clan. Being the baby of the family he was treated with care but soon developed a personality that would be termed as being a handful having 3 older brothers and 1 older sister who spoiled him to their detriment later in life.
Chris, coming from a baseball family as his Mother and Father both coached Little League baseball teams, spent many hours at various ballparks, learning to play ball from his parents and brothers. He eventually played on his Mother’s team.
Chris attended Newbury Park High School where he discovered a love for photography. He photographed people, nature, animals and family gatherings. Later in life, he photographed many family and friends’ weddings. He won many awards for his innovative and touching photos. Along with photography, Chris loved the Beatles and he loved singing their songs because he knew every word of almost every song. Then he would tell the story of the song whether you wanted to hear about it or not.
After graduation from Newbury Park High School, he and mom and dad moved to Arroyo Grande CA where he worked several jobs, including at Katcho’s Shell Station on Grand Avenue, while going to Alan Hancock Community College. He eventually landed a job as a QC Inspector during construction of the Diablo Canyon Nuclear Power Plant in Avila Beach CA. He then worked at Hughes Aircraft in El Segundo CA as an Aerospace Vehicle Technician Senior and traveled to various locations such as French Guiana in support of rocket launches for the European Space Agency.
After working at Hughes Aircraft for several years, he moved to the extreme northern part of California and attended Humboldt State University where he studied Engineering. With a newly minted Civil Engineering Certificate, he got a job at the California Department of Transportation (affectionately known as CalTrans) first in the local San Luis Obispo (SLO) district and then in the Crescent City (Del Norte County) district. He enjoyed working on the highway where he could observe and take pictures of (on his lunch hour of course) the wildlife, such as a moose wandering alongside the roadways and the rushing Smith River. In 2006, Chris transferred back to the SLO district, moving his family to Grover Beach CA. He retired at the end of 2017 and moved to Vermillion South Dakota.
The most important people in Chris’ life were his sons, Justin Michel (age 14), Joshua David (age 13) and Jared Iacino (age 21). He lived and breathed for those boys. His legacy lives on in them from Justin with his father’s love of the Beatles, curly hair and sunny smile to Joshua with his father’s curly hair, angelic face, a love of animals and electronics to Jared with a love of fishing and the ocean.
Chris was preceded in death by his Father and Mother, Henry (in 2004) and Phyllis (in 2005) and his brother, Federico Steven (in 2015). Chris is survived by his sons, Justin, Joshua and Jared, and his sister Nikki (Tim), brothers Henry (Nancy) and Paul, his sister-in-law Madelyn, and nieces Julianna, Kendall, Annika, Shyla, nephews Steven and Cody and many cousins. There are no words to express how sorely and deeply Chris will be missed by his family especially his daily phone calls (sometimes 3 or 4 times a day) to describe his day, the boys’ day, the snow, rain and heat of South Dakota among so many other things.
There will be a memorial service at 4:00 PM on September 24 at the Clay County Park in Vermillion South Dakota. Chris will be buried with his parents at the Arroyo Grande Cemetery. Grave side services will be held later in 2020.

To send flowers to the family in memory of Christopher Mancini, please visit our flower store.