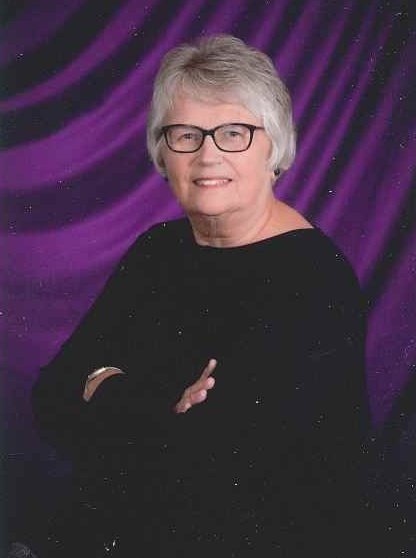 Mary Joan Petersen Hansen, 77, of Coleridge, NE passed away peacefully Thursday, August 4, 2022, at Faith Regional Hospital in Norfolk, NE surrounded by her family. A Memorial visitation will be held at Immanuel Lutheran Church in Coleridge, NE. Tuesday, August 9, 2022, from 5:00-7:00PM. Memorial Service will begin at 10:00AM Wednesday, August 10, 2022, at Hansen Funeral Home, Vermillion.

Mary Joan Petersen was born July 18, 1945, in Obert, NE to Nels and Dorothy Petersen.  Mary Jo graduated with honors from Wakonda High School in 1963 and received her BA and MA from the University of South Dakota in 1967. She married Dwight Hansen June 6th 1970, and they had two children Stephanie and Scott.

Mary Jo taught in Rock Valley, IA and Pierre, SD before caring for children in her home when her own children were little. She then spent over 40 years teaching special education, and later subbing after retirement in both in both Coleridge and Hartington.  She loved making a difference in the lives of the children she taught.  Mary Jo adopted Coleridge as her own hometown and was very active in the community.  She served on the Village Board, served as the Mayor of Coleridge and also served on the board of the Nursing Home, Ridge View Manor and Immanuel Lutheran Church.

She was preceded in death by her parents Nels and Dorothy Petersen, her half-brother Nelson Petersen, and her brother John Kennard “Kenny” Petersen.


Memorial Service will be Live-Streamed on our Facebook page at www.facebook.com/hansenfuneral

To send flowers to the family in memory of Mary Jo Hansen, please visit our flower store.