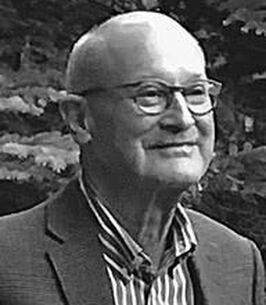 James E. McCulloch, 74, of Vermillion, South Dakota, passed away peacefully on September 25, 2021. He was preceded in death by his parents, Charles W. McCulloch and Florence B. McCulloch (Dorn) and his beloved black lab, Maggie.

He is survived by his two brothers, Douglas C. McCulloch (Barbara Nelson) and Scott A. McCulloch (Jennifer), his sister, Linda J. McCulloch (James Holt), and greatly missed by his energetic puppy, Ellie.

After graduating from Sioux Falls Washington High School in 1965, Jim received a Degree in Journalism in 1969 from the University of South Dakota as well as a Law Degree from USD Law School in 1977. He was a staff writer and later the State Editor for the Argus Leader in the mid-1970s. He started his law career in Vermillion, South Dakota and practiced there ever since. During the Vietnam War, Jim served in the U. S. Army in the 7th Psychological Operations Group. He was stationed in Okinawa as a radio script writer for the Voice of the United Nations Command and was instrumental in producing news analyses and commentaries for broadcasting. He finished his tour in Korea along the demilitarized zone.

Jim loved all outdoor activities especially those on and along the Missouri River. His photographic memory always came in handy when playing trivia games and you were on his team!

In lieu of flowers, memorial contributions may be made to the Vermillion Public School Foundation https://vermillionpsf.org/ or the Heartland Humane Society https://heartlandhumanesociety.net/
To send flowers to the family in memory of James McCulloch, please visit our flower store.