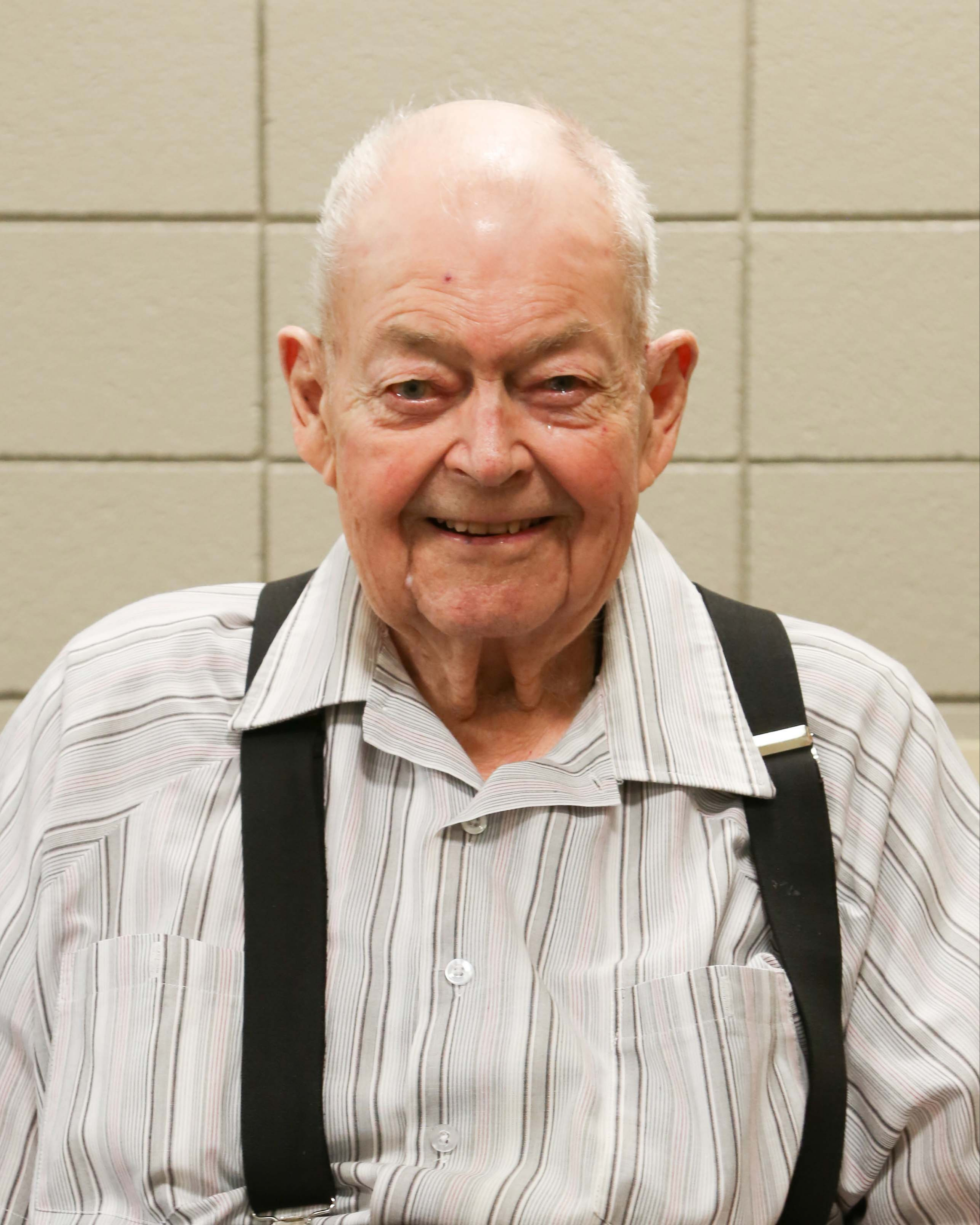 Hand delivered by a local florist

Mel grew up on the family farm south of Meckling and graduated from Meckling High School in 1940. He attended the University of South Dakota for one semester, then moved to Sioux City to work for Windcharger.

At the onset of WWII, Mel moved to Omaha to work at the Glen Martin Bomber Plant as a machinist, where he met Betty Johnson. Mel and Betty were married on June 24, 1944, at the Florence Presbyterian Church in Omaha. In 1945 Mel was drafted into the Navy. He served as a machinist on the aircraft carrier USS Bunker Hill. Shortly after his induction the war ended. The carrier was then outfitted as a troop transport which carried 5000 troops and 5000 crew. While Mel served, the ship made three trips to Saipan, the Philippines and Guam.

Upon his return home from the service in 1945, Mel and Betty started farming with Mel’s father and brother on the family farm that was homesteaded by Mel’s grandparents in 1891. Later Mel and Betty rented the Zack farm two miles south of Meckling. There they raised their family of three children: Jim, Mary, and Russell.

In 1971 they moved to the family farm. Mel was a lifelong member of Meckling Lutheran Church where he served on the board in 1964 when the corner stone was opened to commemorate the centennial.  Mel also served for many years on the Meckling Cemetery Association. His other memberships included the B.P.O.E. Lodge 994 (Elks), Eagles, American Legion post 237, and the VFW where he served on the board. Mel retired from farming in 1994.

In 2011 Mel and his son Russ participated in the South Dakota Honor Flight to Washington DC in honor of WWII veterans. In 2016 the Larson family was honored with the Quasiquicentennial farm award from the state of South Dakota, denoting 125 years continuous years of ownership in the same family. In 2020 Mel was honored by the B.P.O.E. 994 as Elk of the Year. In 2021 Mel was recognized for 60 years of membership with the American Legion post 237.

A memorial service will be this Saturday August 27, 2022 at 11:00am at Bergen Lutheran Church with visitation one hour prior to the service. Burial will follow at the Meckling Cemetery with full military honors. Lunch will follow at the church.

The service will be livestreamed on the Gayville-Bergen Lutheran Church Facebook page.

Memorials may be directed to donors’ choice, Meckling Cemetery Association, or the Bergen Lutheran Church.  HansenFuneralHome.com.

To send flowers to the family in memory of Melville Ashley Larson, please visit our flower store.
Send a Sympathy Card

Visitation one hour prior at the church.