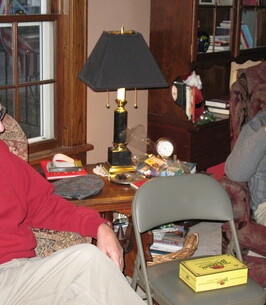 Joseph T. (Tim) O’Connor, 79, of Vermillion, SD passed away Monday, March 2 at the Sanford Vermillion Care Center.
Tim was born September 12, 1940 in Sioux City, IA to Joseph P. and Margaret (Darcy) O’Connor. He graduated from Hollywood High School in Los Angeles, CA and attended the University of South Dakota. Among his various endeavors he worked as a body guard in JFK's 1960 presidential campaign and occasionally served in protection for Elvis Presley. He worked as a stand-in and stuntman in TV and Film in Los Angeles for many years including an eleven-year stint on Dallas. One of his proudest moments was when he brought Larry Hagman (J.R. from the hit TV series DALLAS) to Vermillion for the Summer Special Olympics. His second career was as a long-haul, cross-country truck driver. He loved the road.
He is survived by two sons: Michael O’Connor and Joseph Matsch and a daughter Kimberly Newkirk all of California, a brother Jerry O’Connor of Vermillion. Also surviving are two sisters: Pat Pratt and Mickey Russell both of Vermillion. His beloved younger sister Frances Zuppo (or Squeak, as he called her) of Maryland, passed away this past January 1st. Carrying on are nine grandchildren and three great grandchildren. Erin go Bragh!
No services will be held,
To send flowers to the family in memory of Joseph T. "Tim" O'Connor, please visit our flower store.