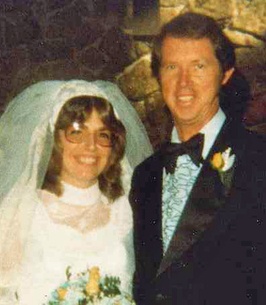 Steve O’Neal, 80, of Vermillion, SD passed away Sunday, September 22 at the Sanford Vermillion Care Center.
Steve was born in Kansas where he lived with his parents and 3 brothers and 4 sisters. His family moved to California when he was 2 years old. He graduated from Venice High School, Venice California in 1957. He served in the Air Force from 1957 to 1961. He married Patsy O’Neal from Newcastle, NE in 1978 in Evergreen, Colorado. In 1985 they moved to Cedaredge, CO where they started their own business called O’Neal’s Secretarial and Copy Center. After 15 years, they sold it to one of their employees and moved to Rapid City, SD. In 2004, they moved to Vermillion, SD to be closer to her family.
Steve is survived by his wife, Patsy O’Neal of Vermillion as well as his brothers and sister-in-law’s Martin and Donna Finnegan, Marilyn and Larry Foster, Dan and Cindy Finnegan, Deanna and Greg Nelson, Bob and Michelle Finnegan and Ron and Carol Finnegan and many nieces, nephews, cousins and friends. He is also survived by two very special aunts, Monica Richards and Shirley Shanahan.
A funeral Mass will be at 11:00 AM Friday, September 27 at St. Agnes Catholic Church in Vermilion with burial in the Calvary Cemetery in Newcastle, NE with full military honors. Visitation will be one hour prior to the service at the church. The Hansen Funeral Home in Vermilion is handling the arrangements.
To send flowers to the family in memory of Stephen O'Neal, please visit our flower store.