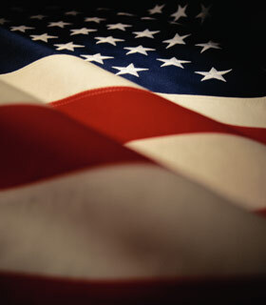 Bernell C. “Ole” Peterson, 89, returned to his heavenly home on July 3rd, 2019 after a valiant battle with cancer. His devotion to his family and his firm belief in God supported him in his struggle and ultimately gave him peace.
Ole was born on the family farm to the late Herbert R. and Inga Peterson on November 17th, 1929. He was the 5th of 6 children. He attended Wakonda Public School, graduating in 1947. He married his best friend, Audrey Ann Young, on June 14th, 1951 at St. Patrick Parish, Wakonda.
Ole was a proud veteran who served a tour in the Korean War with the Marine Corp. After his discharge, Ole and Audrey and baby Linda settled in Sioux City, Iowa where he worked briefly at a beef packing plant, soon they moved to the farm, making their home northwest of Wakonda. He enjoyed a life of farming the land and feeding cattle. In 1998, Ole & Audrey moved to Yankton. Ole continued to help his son with the farming and cattle operation.
Ole was a patriotic man who was proud to serve his country. He was a member of the Gingrich-Dixon Post No. 13 and Yankton VFW. He served on several boards including: supervisor of Star Township, Clay Union Electric, East River Electric, Farm Service Agency. Ole was a dedicated member and thoroughly enjoyed his time spent on those boards. He took pride in doing his job well. He was a member St. Patrick Parish in Wakonda and Sacred Heart Parish in Yankton. Ole loved people and never missed an opportunity to engage them in a conversation with “I remember. . . “ He was a kind and generous man who was respected by his peers and deeply loved by his family.
Beyond blessed to have shared his life are his wife of 68 years, Audrey Peterson, his son, Mark Peterson, Wakonda, his daughters, Linda Peterson and Patricia (Tom) Heine and their children Robert and Michael Heine all of Yankton. He is also survived by his sister Lucille (Eugene) Dwyer, Sioux Falls, brother Kenneth (Ilene) Peterson, Wakonda, sister-in-law Jean Mae Peterson, Wakonda, and many nieces and nephews. He was preceded in death by his parents, brothers Milo and Dale and sister Darlene Sabag, nephews, Ronald Nelson and Tom Dwyer.
To send flowers to the family in memory of Bernell C. "Ole" Peterson, please visit our flower store.