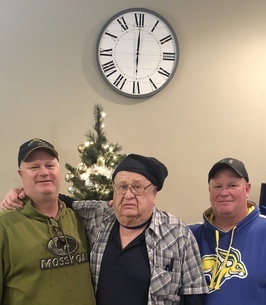 Richard Petterson, 78, of Canton, SD passed away Wednesday, November 17 at the Sanford USD Medical Center in Sioux Falls.
Richard was born November 10, 1943, in Canton, to Al and Bernice (Hodne) Petterson. He farmed in the Canton area all his life as well as trucking to 48 states. He traveled to many different areas of the world and enjoyed his conversations with all.
He is survived by his two sons: Steve (Beth) Petterson of Canton and Scott (Lynal Jensen) Petterson of Brookings, SD, Grandchildren: Tyndall, Brady, Bristol, Ava and Cole. He is also survived by a sister Diane Adams of Sioux Falls.
Richard was preceded in death by his parents, two brothers: Gary and Carter and a brother-in-law Ken Adams.
Funeral services will be 1:00 PM Monday, November 22 at the Canton Barn in Canton with Visitation one hour before the services. Burial will be in the Canton Lutheran Cemetery.
To send flowers to the family in memory of Richard Petterson, please visit our flower store.