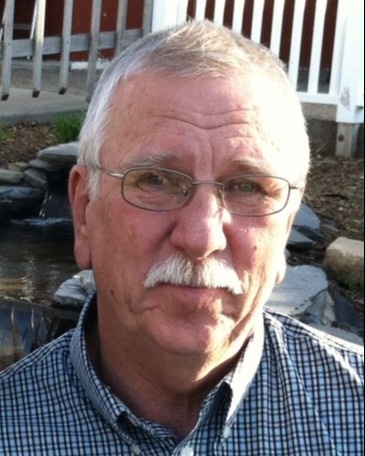 Raymond Dale “Dusty” Passick, Vermillion, SD passed away peacefully at his home on October 3, 2022, at the age of 73. Despite fighting a difficult 8 1/2-year battle with cancer, he refused to let it define him and always lived each day to the fullest. Surrounding him at the time of his passing were his wife, Cinda, and their children, Chad, Erin, and Adam.

Dusty was born on August 22, 1949, to H.D. and Gladys Passick of rural Mapleton, IA. He was proof that dreams do come true - for years, his big sister Kay had wished on countless stars for a baby brother, and she treasured him like the gift he was for all his 73 years. Dusty grew up with his sisters, Kay and Bev, on the family farm near Mapleton, IA until 1967 when his parents bought and he helped to operate the Coast-to-Coast hardware store in Vermillion, SD. In the summer of that year, they hired a high school girl to work at the store. Cinda Lee Iverson became more than they bargained for when Dusty dated, fell in love, and married her on June 26, 1971, at Trinity Lutheran Church.

Dusty became interested in law enforcement after becoming friends with several Vermillion police officers and he was hired as a Clay County deputy sheriff in 1973. Dusty worked under Sheriff Arnie Nelson until he was appointed to succeed him in 1980. He won the election in 1982 and continued in that role until 2003 when he retired after over 22 years as sheriff. Dusty found tremendous support as an incumbent and was re-elected overwhelmingly each time he was opposed in elections.

During his tenure as sheriff, Dusty enjoyed a reputation for being fair and honest. He was respected equally by those he worked with and the community he served.  He was involved in numerous professional and community organizations and served as President of the South Dakota Sheriff's Association in 1995.  His legacy lives on today in the philosophies and practices of the Clay County Sheriff's Department, by and through his close friend, current Sheriff Andy Howe.

Dusty dreamed big and lived life to the fullest. He was an avid hunter and fisherman and was at one time a licensed pilot. After retirement, he enjoyed woodworking, creating many valued keepsakes for loved ones. He loved the Black Hills and owned a beautiful piece of it for years. He loved camping, traveling, and made sure his family was gifted with many memories of family vacations. In recent years he and Cinda enjoyed returning to the Black Hills in the fall for the annual Buffalo Roundup along with their dog, Keisha. When he could no longer travel, Dusty continued to enjoy the outdoors with regular morning coffee gatherings at Clay County Park with several friends who were very important to him. Above all else, family was always Dusty's priority, and he loved to spend time with his wife, children, and seven grandchildren.

Grateful for having shared in his life are his wife of 51 years and love of his life, Cinda, his children - Chad (Kirsten) of Vermillion, SD, Erin (Marc) Larson of Harrisburg, SD, Adam (Deborah) of Harrisburg, SD, and his grandchildren - Keeley, Tatem, and Oscar (Chad and Kirsten Passick), Cade and Addison (Erin and Marc Larson), and Riley and Tegan (Adam and Deborah Passick). Dusty is also survived by his loving, star-wishing sister Kay (Robert) Long, brothers and sisters-in-law, and several nieces and nephews. He was preceded in death by his mother Gladys Passick, his father HD Passick, and his sister Beverly Foxhoven.

Following the graveside service, the family would like to invite you to share in a light lunch to celebrate and remember the life of an incredible husband, father, and friend.

To send flowers to the family in memory of Raymond Dale "Dusty" Passick, please visit our flower store.

Burial to follow in the Bluffview Cemetery in Vermillion