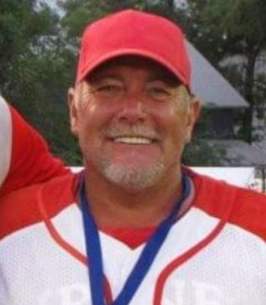 Donald Gene Rempp, 59, Irene, SD, passed away Wednesday, February 24, 2021, at Avera McKennan Hospital in Sioux Falls.
Donald Gene Rempp was born on January 20, 1962, in Yankton at Sacred Heart Hospital, to Glenn and Elmira (Pesicka) Rempp. Don attended country school and graduated from Irene High School in 1981. He attended Mitchell Technical Institute and graduated with a Associate degree in meat processing
On September 10, 1983 he was married to Amy Mellegard. Don and Amy had three sons. Adam was born in 1984, Jeremy was born in 1985, and Matthew was born in 1987. Donald had a variety of jobs including a meat cutter, hog unit operator, dry waller, laborer for Winky Jensen Construction, and working for the city of Irene.
Donald had an immense love for the game of baseball and loved to pass on his passion of the game to the next generation. He played amateur baseball for the city of Irene. His fondest memories of playing on the amateur team was when he got to play alongside his sons. He spent many years coaching little league and teener baseball. He coached teener baseball from 1997 to 2014 and built a successful program. He coached the team to a state title and coached in the South Dakota all-star game in 2011. After his long run of playing and coaching baseball, he continued to enjoy watching the players he coached.
Being ‘Papa Don’ was something he took great pride in. He enjoyed watching his older grandchildren play sports. When distance and a pandemic kept him from seeing his grandchildren, he made sure to keep in touch with phone calls, cards, and video chats.
Survivors include his three sons, Adam (Leah) Rempp of Rosholt, SD, Jeremy Rempp of Irene, SD, and Matthew (Katelynn) Rempp of Madison, SD; five grandchildren, Kellen, Maddox, Hallie, and Gannon (Adam) Rempp, and Keegan (Matthew) Rempp; two brothers, Gerald (Shirley) Rempp of Yankton, SD, and Dan Rempp of Irene, SD; sister, Joyce (Todd) Schwader of Sioux Falls, SD; and 5 nephews and 1 niece, cousins, and friends.
Donald was preceded in death by his parents, Glenn and Elmira (Pesicka) Rempp; stepfather, Norbert Pesicka; sister, Carla Rempp; sister-in-law, Teresa Rempp.
In lieu of flowers, the family is asking for monetary donations to fund a memorial for Don at the Irene baseball field.
To send flowers to the family in memory of Don, please visit our flower store.

A prayer service will begin at 7:00pm at the church.