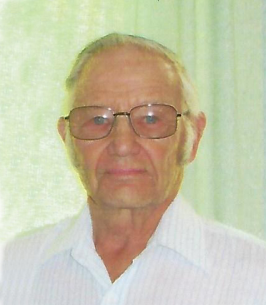 Don Richelieu, 82, of Irene, SD passed away on Saturday. September 26, 2020 at Ava’s Hospice House in Sioux Falls.
A memorial service will be held at 11:00am, on Wednesday, September 30, 2020 at the First Baptist Church in Viborg, SD. A private family committal will take place in the Turkey Valley Baptist Cemetery, rural Irene. Please visit First Baptist Church Viborg Facebook for a livestream of the memorial service. https://wwww.facebook.com/FirstBaptistViborgnews/
Don was born on March 15, 1938 at Viborg, SD to Sigvard and Naomi (Christiansen) Richelieu. He graduated from Irene High School in 1956. He completed a One Year Vocational Course in Auto Mechanics from Southern State Teachers College, Springfield, SD in 1957. He joined the National Guard in Springfield, then transferring to the Yankton Unit. In 1962, during the Berlin Crisis, the Yankton Unit (115th Signal Company) was sent to Fort Riley, Kansas. He married Karen Nieman on June 16, 1973 in Scotland. To this union four children were born: Carol, Sharon, John, and Alan. He has farmed all his life in the Irene area and milked cows for many years. He also worked for some time in Yankton at Gurney’s Seed and Nursery and Mark’s Machinery. He was member of the Irene American Legion where he was chaplain. He was a member of the Turkey Valley Baptist Church of rural Irene until the church closed, then became a member of First Baptist Church in Viborg.
He is survived by his wife of 47 years, Karen of Irene, daughters; Carol Richelieu of Sioux Falls, Sharon Richelieu of Sioux Falls, sons; John of Irene, Alan (Cassie) of Irene; grandchildren, Willa, Clara, Isla and Freelan Richelieu; his sister Gloria Fiedler of Davenport, Iowa; brother in-law and sister in-law, Roger (Monica) Nieman of Omaha; nephews, Curtis Fiedler of Minneapolis and Terry Fiedler of Sioux City, niece, Peggy (Eric) Parfenoff of Chicago, nephews, Nathan Nieman of Omaha and Joshua Nieman of Omaha.
He was preceded in death by his parents, brother in-law, Webster Fiedler; uncles, Sverre Richelieu, Walter Christiansen, William Christiansen, and aunts Anna Richelieu and Nancy Christiansen.
To send flowers to the family in memory of Don L. Richelieu, please visit our flower store.

The family has requested a private family committal.