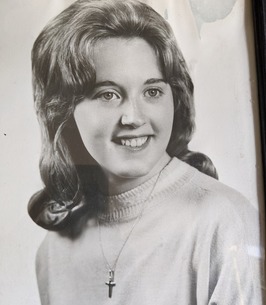 Carol Ann (Kuebler)Runyon, 73 of Vermillion, SD, passed away Wednesday, May 6 at the Sanford Vermillion Hospital.
Carol Ann Kuebler was born March 16, 1947 in Burnsville, ND to Albert and Hilda (Becker) Kuebler. She graduated from Aberdeen Central High school in 1965 and attended both the University of South Dakota as well as Western Iowa Tech. Carol and John Runyon were happily married on July 9, 1990 in Aberdeen, SD. Carol and John spent the next thirty years building a wonderful life and business. Carol and John owned and operated Vermillion Construction Company until their retirement.
Carol loved reading, sometimes reading one or two novels a day. Her love of crossword puzzles kept her mind young and sharp. She also enjoyed spending time traveling and exploring destinations like Egypt, Austria, Paris and London. Touring on river cruises and exploring near and far adventures was something that kept her young. She loved spending time with her children, grandchildren and great grandchildren. She spent time in Tucson during cold winters and her children, grandchildren and great grandchildren joined her in Vermillion during South Dakota’s milder summers.
She is survived by her husband John of Vermillion, her daughters; Tammie Anderson of Tucson; Terri (Loren) Erker of Wichita, her Sisters; Betty (Larry) Catlette of Montrose, MN, Judy (Henry) Smith of Chattanooga, TN; Lavina Goeman of Martinez, CA; her Grandchildren ; Ian (Heather) Anderson and Kailey (Wilson Troxel) Anderson both of Tucson, AZ, Anthony and Andrew Erker of Wichita, KS, Her Great Grandchildren; Malikai, Hailey, Nicholi, Noah, Kristjian, Willow, Charlie, Zoe and Wyatt all of Tucson, AZ.
She was preceded in death by her parents Albert and Hilda (Becker) Kuebler of Aberdeen, SD, her son Michael Runyon of Vermillion, SD, her grandson Cody James Runyon of Phoenix, AZ, her niece Wanda Sherman of Modesto, CA and her beloved Yorkshire Terrier, Megan MacKenzie Runyon of Vermillion, SD.
Due to the current health conditions, services will be held at a later date.
To send flowers to the family in memory of Carol Runyon (Kuebler), please visit our flower store.