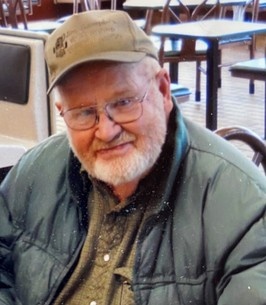 James Ivan Sample, Jr. of Vermillion, SD passed away Sunday, January 17, 2021 at Ava’s House in Sioux Falls from Congestive Heart Failure.
Jim was born January 23, 1933 in Spring Valley, Minnesota to James Ivan and Ruth (Utley) Sample. He graduated from Spring Valley High School, attended Iowa State University and graduated from the University of Minnesota in 1958 with a degree in Animal Science.
The Sample family raised and showed Aberdeen Angus cattle and Jim was very involved in 4-H. A highlight was winning the reserve champion carcass at the International Livestock Exposition in Chicago in 1949.
Jim married Ranah (Closson) Sample on June 26, 1965 and initially lived in Spring Valley, Mn. and farmed. Later they moved to Pipestone, Minnesota where he was employed by Farmers National Company as a farm manager and real estate salesperson. After selling Mormon feed for a short period, he returned to Farmers National in Vermillion, SD. Later he had his own farm management and real estate business.
Jim, from an early age, rode and showed Quarter Horses and that is where he and Ranah met. Later their girls, Sona Sample and Shawna Sample Letcher showed, rodeoed and trail rode with their horses. It was a “horsey” family that was the love of his life.
Jim loved his harness ponies and showed single and multiple hitches at many harness shows and won awards in each division. In 1989 he built a replica wagon and drove his ponies and borrowed mules in the Centennial Wagon Train across South Dakota.
Jim and a small group of woodturners started the Siouxland Woodturners of which he held various offices, mentored starting woodturners and spent hours creating works of art in his shop. In 2014 he was awarded the American Association of Woodturners Lifetime Achievement Award. Woodturning and helping others with the craft was his joy and passion.
Jim is survived by his wife Ranah of Vermillion, a sister Evadeen (Don) Hagberg of Maple Grove, Minnesota, daughters; Sona (Randy) Kott of Platte, SD, Shawna (Mike) Letcher of Rapid City, SD, as well as five grandchildren, Sarah (Jay) Myers of Winner, SD, Jessica Kott of Platte, SD, Jayden Kott of Platte, SD, Jessica Letcher of Minneapolis, Mn. and Samantha (Dalton) Vroman of Ivanhoe, Mn. great grandchild Christopher Myers of Winner, SD and numerous nieces and nephews.
Jim was preceded in death by his parents, in-laws, sister-in-law, brother-in-law and brothers, Richard and Gregg.
A memorial service will be held on Saturday, January 30th at 1:00 P.M. at the First Baptist Church, 101 E. Main Street, Vermillion, S.D. Social distancing and masks are required. Interment will be at the Greenvale Cemetery, Castle Rock, Mn. at a later date.

Service will be livestreamed at www.facebook.com/hansenfuneral.
To send flowers to the family in memory of James Sample, please visit our flower store.