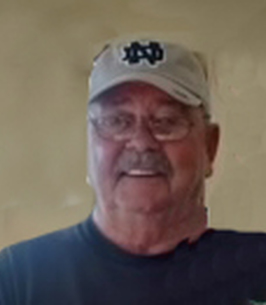 Terence C. “Terry” Taggart, 86, of Vermillion, SD passed away Saturday, September 11 unexpectedly at his residence.
Terry was born February 2, 1935 in Sioux City, Iowa to Thomas and Gertrude (Brennan)Taggart. He graduated from Bishop Heelan High School in 1954 and graduated from Loras College in 1958 with his Bachelor’s degree in English and History. He attended graduate school at USD, served in the Marine Corps and married Madalen Leonard on July 28, 1962 in Sioux City.
Terry and Madalen moved to Vermillion in 1976 when they purchased Whimps Restaurant until 1980 and in 1981 they purchased Bunyans Bar in Vermillion, retiring in 2007. He had a house at the Missouri river since 1960, was an avid fisherman and duck hunter.
While owning Whimps and Bunyans, Terry developed many great friendships with a lot of people. During his retirement, he served on the Clay CountyConservation Board for many years, and was also President of the Clay County Park and was very instrumental in the growth of the campground.
Terry was preceded in death by his parents, sisters and brothers-in-law: Jane and Frank Sailors, Joan and Kenneth DeVries, and a brother and sister-in-law Thomas and Ady Taggart.
He is survived by his wife Madalen of Vermillion, his two sons: Thomas (Sarah) Taggart and Timothy (Becky Anglin) Taggart all of Vermillion and his daughter Tara Taggart of Inver Grove Heights, MN. His grandsons: Travis (Gabi) Taggart, Jeff (Sidney) Anglin and Kyle and Mason Pickett, and granddaughters: Sophia, Anneliese, Elaina and Taryn Taggart, and great granddaughters: Addison and Paityn Taggart and Willow Anglin.
Funeral Mass will be 10:30 AM Wednesday, September 15 at the St. Agnes Catholic Church in Vermillion with burial at a later date. Visitation will begin at 5:00 pm on Tuesday, September 14 with a rosary followed by a prayer service at 7:00 PM all at the church. In lieu of flowers, the family requests donations to the St. Agnes Catholic School. HansenFuneralHome.com.
To send flowers to the family in memory of Terence C. "Terry" Taggart, please visit our flower store.

Rosary before the Prayer Service at 7:00 PM