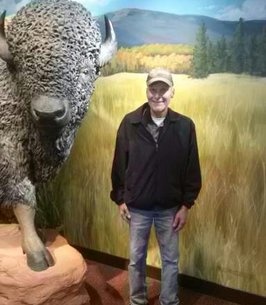 Walter Thomas, 63, of Vermillion, SD passed away Saturday, January 11 at his residence after a battle with cancer.
Walter was born January 3, 1957 in Sidney, NE to Laverne and Rosemary (Peetz) Thomas, Walter attended school in Sidney and attended the University of Washington. He served in the Navy from 1975-1979 and married Becky Rivers on June 23, 1979. Walter was a Facility Engineer for Indian Health Services in South Dakota and Nebraska and an Ocean Engineer for the US Government in Washington state.
He is survived by his wife Becky of Vermillion, a son Derek, two daughters: Shawnet Palmer and Rashaun Puthoff all of Sioux Falls, SD, his mother Rosemary Thomas and siblings: Timothy (Becky) Thomas of Sidney, Cheryl (Jim) Montgomery of Kearney, NE, Sharon Thomas of Sidney, Chris (Pat) Dolan of Kearney, Kathy (John) Bartling of Douglas, WY and Douglas (Tonya) Thomas of Gehring, NE. Grandchildren, Corbin, Zoe, Dexter, Teylie, Alex, Emily and Natalie.
He was preceded in death by his father, his paternal grandparents: Arno and Minnie Thomas, his maternal grandparents: Frank and Bertha Peetz.
To send flowers to the family in memory of Walter Thomas, please visit our flower store.