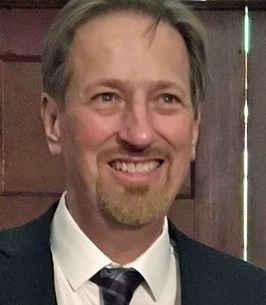 Stanley Harold Thoms, 59, of Elk Point, SD, passed away unexpectedly on Wednesday, Feb. 17, at his residence.
Stanley was born December 1, 1961, in Columbus, Neb., to Harold and Mary Jane (Vrana) Thoms. He attended school in Columbus, Neb. He graduated with an Associate’s degree from Southeast Community College in Milford, Neb., and later earned a Bachelor of Technology degree from Northwest Missouri State University in Maryville, Mo. Stanley married Noreen Braun on September 14, 1991, in Columbus. He loved flying and was a pilot, flight instructor and airplane mechanic in Columbus, helping many students fulfill their dreams of flying. Following his aviation career, he worked in sales and retail for several years in the Siouxland area. Most recently, he enjoyed being full-time caregiver to his mother Mary.
In addition to flying, Stanley enjoyed hunting, Star Trek, cooking for his family, and spending time with them playing board games and video games, shopping and traveling.
He is survived by his wife Noreen of Elk Point, his mother Mary Jane, also of Elk Point, a son Alex Thoms of Sioux City, Iowa, four daughters: Amber (Brandon) Lindsey of Havana, Fla., Alyssa, Christina and Racheal Thoms, all of Elk Point; a sister Carol (Elrich) Kirchman of Athens, Ga.; two grandchildren: Zofia and Mila Thoms-Martin of Estherville, Iowa; and several brothers- and sisters-in-law, nieces, nephews and great nieces and great nephews. He was preceded in death by his father, Harold, his half-sister Twila Mills, and his niece Lindsey Shemek.
Private family services will be held. In lieu of flowers, donations can be made to a memorial in Stan’s name to Her Health Women’s Center, 5732 Sunnybrook Drive, Sioux City, Iowa, 51106.
To send flowers to the family in memory of Stanley Thoms, please visit our flower store.