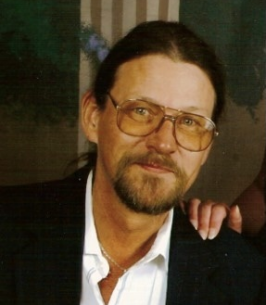 Larry Louis Torgerson “LT”, 67, of Irene, SD passed away peacefully at his home on Tuesday, April 27th, 2021 surrounded by loved ones.
Larry was born September 13th, 1953 in Huron, SD to Louis and Wanita (Buechler) Torgerson. He graduated from Highmore High School in 1972, moved to Denver and then to Sioux Falls in 1976. He worked for the Sioux Falls Park Department and Morrells.
On July 25th, 1980 he married the love of his life, Connie Waters Dossett in Sioux Falls, SD. In June 1985 they, together with their son Christopher, moved to Irene, SD where they owned and operated the Corner Tavern for 33 years. . He was an EMT on the Irene Ambulance crew and a member of the Irene Fire Department.
Along with sharing his many culinary skills Larry enjoyed cooking and smoking meats to share. He enjoyed hunting, fishing, attending NASCAR races, Dallas Cowboy football, playing pool, going to horse & dog races and traveling. He loved spending time with his family and treasured his time being a ‘Papa’ to Schuyler. He enjoyed watching his son, Chris, play football, run in track, play baseball and becoming a coach. He loved being able to see Schuyler play sports. Fishing with the family also brought him great joy.
Larry was the first to be on the liver transplant list at Avera in Sioux Falls. He was the eighth in South Dakota to receive a liver transplant. We have been blessed and will be forever grateful to have been part of the Avera team, doctors, surgeons and staff who cared for Larry. We also are thankful for the people who served Larry at Pioneer Memorial and Viborg Medical Clinic and the Urology Specialists.
Larry is survived by his wife Connie “Toots”, son Chris, daughter-in-law Suzanne, and grandson Schuyler, all of Irene; Sisters Sherry Bullis of Marion SD, Lisa Torgerson and step-mother Louise Torgerson of Oakharbor OH; sisters-in-law Midge Meyers, Teresa Torgerson and his ‘Svigermor’ (mother-in-law) Cleo Waters of Irene. He also leaves his sister-in-law Lori Knotek, brothers-in-law Dennis (Lou) Waters, Rodey Waters and Lewis Clint (April) Waters; many nieces and nephews. We must include a special family member, Derrick Williams who was like a son and Paisley Williams, Austin Erickson and Keeley Jaton who served for many years of what Larry called “Papa Training”.
Larry was preceded in death by his parents, his Grandpa Adolph, his Grandma Hilda & Grandma Edna, his brothers: Jerry, Terry and Loren; his Uncle Al, niece Melissa Knotek, and great-nephew Ethan Dickey.
We will forever have him in our hearts.
To send flowers to the family in memory of Larry "LT" Torgerson, please visit our flower store.

*The family requests that guests dress comfortably. *The service will be live streamed at www.facebook.com/hansenfuneral